Transferring money digitally to any bank account has now become a piece of cake for everyone. Even those who are technologically challenged can do it easily - with nothing but a simple code, i.e., IFSC. For instance, to send money to an Odisha Gramya Bank online, all you need is the Odisha Gramya Bank IFSC code.

In the last few years, Indians have taken online banking quite seriously, thanks to the Government's initiatives to go digital. The importance of digital banking became more distinct during the global lockdown when people could not step outside and had to perform everything, including banking operations, from home.

In order to send money to any Odisha Gramya Bank account, you do not need to hold an account there yourself. You can send the amount from any bank account - with just the account details and the IFSC, from the comfort of your own home. You will just need to use your phone or computer and the internet.

Speaking of code, there's another one that's crucial for fund transfers, i.e., MICR code. There's always the traditional method of transferring money to and from Odisha Gramya Bank - using cheques. If you receive a payment from this bank by cheque, your bank can track the source account using the MICR code. 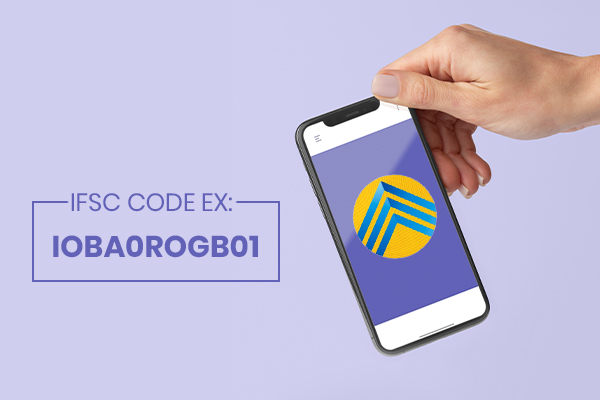 Digital transfer to an Odisha Gramya Bank account will require IFSC. But it's not exclusive to this bank because every bank has its own IFSC, which is needed for online money transfers. So let's understand what IFSC is before we talk about Odisha Gramya Bank IFSC Code.

IFSC stands for Indian Financial System Code and is used to identify banks, their branches, and their locations. This code is assigned to banks by the Reserve Bank of India. Every bank and every branch has a unique IFSC code to help in the identification process during online transactions.

If you want to make a fund transfer, you will notice that the onscreen instructions will prompt you to enter the IFSC. Without the IFSC, you will not be allowed to complete the transaction. When you make a transaction, you'd want to ensure that the fund reaches the recipient's account fast - without any hassle.

It is easy to send money to the wrong account, bank, or branch without even realizing it. A simple human error can lead to inconvenience and wastage of time, even though you will eventually get the money back to your account and the chance to reattempt to send the amount to the same account.

That's where IFSC comes in as a savior. The code routes messages to the target branch of a bank and is helpful in carrying out fund transfers electronically. Additionally, fund transferring systems use the IFSC to acknowledge both branches. The same thing happens when you want to send money to Odisha Gramya Bank.

The first four characters of any IFSC together denote the bank code. It remains the same for all branches of a single bank. In the case of Odisha Gramya Bank, the bank code is IOBA - which is the bank code for IOB. That's because IOB is the sponsor of this bank in Odisha, as we mentioned before.

The fifth character of the IFSC of all banks is 0. It is called the control character and is reserved for future usage. Then comes the last six characters of the code. These characters together denote the branch code. For almost all banks, these last characters keep changing, making one IFSC different from the other.

Before we discuss the details of the Odisha Gramya Bank MICR Code, let us first explain what MICR code is. This is another code that is required for banking transactions. But this code does not have a part to play in digital banking. Instead, it is essential for cheque transfers from one account to another.

MICR stands for Magnetic Ink Character Recognition, which is the name of the technology used for the process of identifying the bank and the branch issuing a cheque for fund transfer. This code is printed using a technology that enables machines to read and process information, which, in this case, is the branch detail.

If circumstances prevent a person from making an online fund transfer, the next best thing is to use a cheque. That's where the MICR comes into the scene as it helps with the process of cheque clearance. The MICR code has nine characters, and the code is printed on cheque leaves of the issuing bank.

MICR code is used by the recipient bank to track the bank and the branch that has issued the cheque. A magnetic reader is used for reading the code. MICR codes contain nine characters, and all of them are numbers. However, there's a catch when it comes to the Odisha Gramya Bank MICR code.

Odisha Gramya Bank was established as a Regional Rural Bank as an amalgamation of Baitarani Gramya Bank, Kalinga Gramya Bank, and Neelachal Gramya Bank, with Indian Overseas Bank as its sponsor. The main branch of the bank is shared by IOB and RRB. Hence, the MICR code is not available.

It must be clear to you by now that the IFSC is not just essential but mandatory for completing a translation to any bank - and the same holds true for Odisha Gramya Bank, as well. But how do you find the IFSC code of any bank? The good news is that there are some simple ways to access this code.

One of the easiest platforms to find the Odisha Gramya Bank IFSC code - of the IFSC of any other Indian bank as such - is Find Your Bank. This platform is user-friendly and can be used anywhere using your phone or computer. The steps of using Find Your Bank to find an IFSC are as follows -

Apart from this platform, there are other sources to find the bank IFSC. They are listed below. You can find the IFSC of a bank by referring to the following:

A bank account holder has a passbook that contains all the details about the account. Everything is printed on the first page of this passbook, including the IFSC code of the bank. An Odisha Gramya Bank account passbook should also have the information.

Each leaf of a bank account contains various information like account number, IFSC code, MICR code, etc. The same is true for Odisha Gramya Bank. The IFSC code of the bank is available on the cheque book issued by the bank, along with other information.

Banks offer net banking facilities through official websites and apps. When you want to send money to an Odisha Gramya Bank account, you can use your own bank's site or app to find the IFSC code. Or you can check the website of Odisha Gramya for it.

As you already know, the RBI assigns IFSC to banks and branches. So, it maintains a database of these codes for all banks on its official website. Unfortunately, Odisha Gramya Bank is not on the list. But to find the IFSC, you can look for IOB's branch.

Odisha Gramya Bank has a team of helpful and knowledgeable customer care executives - and so does IOB. You can contact them to find the information you need. You can either call them or visit the branch to know about the bank's IFSC code.

For all other banks, the above-mentioned sources also come in handy for finding the MICR code. However, since Odisha Gramya Bank's MICR code is not available at all, you will not be able to find the same on either Find Your Bank or the bank's official sources of information.

You should also know that these sources are also helpful in finding the SWIFT code for all banks. This code is assigned to the members of the Society for Worldwide Interbank Financial Telecommunications for seamless overseas transactions. But since Odisha Gramya Bank is so, it doesn't have a SWIFT code, though IOB has one.

How to Transfer Money through NEFT, RTGS & IMPS? 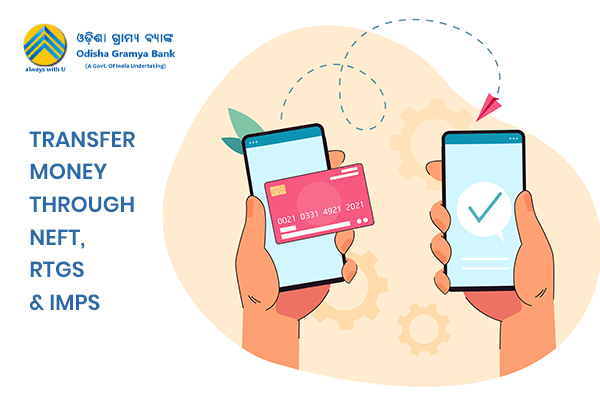 With the digitisation of all banking operations, transferring money from anywhere you are has become possible - with the help of a phone or computer, internet connection, and some basic details, including the IFSC. Fund transfer to and from Odisha Gramya Bank is possible through three methods, which are as follows -

Odisha Gramya Bank, sponsored by Indian Overseas Bank, was established in January 2013. It is a Regional Rural Bank owned by IOB, as well as the Indian Government under the Ministry of Finance and the Government of Odisha. It is an amalgamation of Baitarani Gramya Bank, Kalinga Gramya Bank, and Neelachal Gramya Bank. 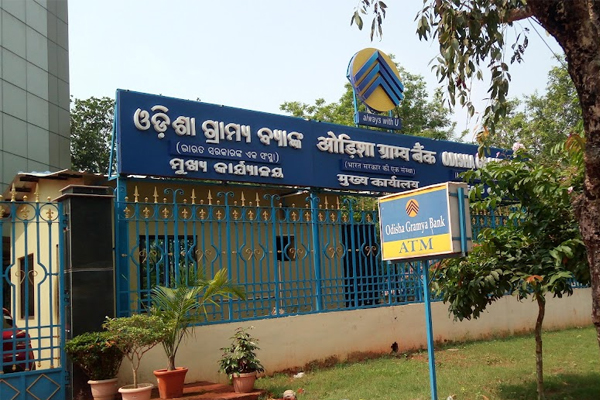 While the Indian Government owns 50%, IOB owns 35$%. 15% belongs to the Government of Odisha. There are 547 branches in 13 districts, with 446 in remote rural regions. It has its head office in Bhubaneswar, with regional offices in Pipli, Khurda, Keonjhar, Jashipur, Dhenkanal, Cuttack, Chandikhol, Baripada, and Balasore.

2) How can I transfer money from Odisha Gramya Bank?

To transfer money from Odisha Gramya Bank, go to your nearest branch of the bank and ask for an RTGS/NEFT Transaction Request Form. Fill it out, sign it, and submit it. You can do so online using the website or the app. You must add the recipient's details for that.

3) How can I register my mobile number in Odisha Gramya Bank?

At the time of starting a new account at Odisha Gramya Bank, your phone number will be registered. To change it later, go to the branch where you have the account and request a KYC Details Change Form. Fill it out, sign it, and submit it, along with KYC documents.

4) How can I check my balance in Odisha Gramya Bank?

There are many ways to check your bank balance in Odisha Gramya Bank. You can use their website or banking app and log in to check it online. Or give a missed call at 8010106686 from the registered number. You can also update your passbook for the details.